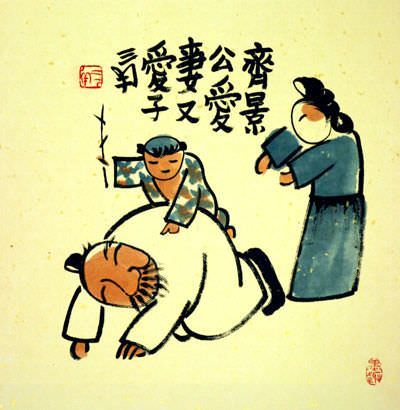 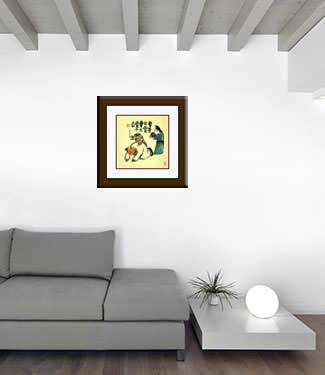 After you frame it, this artwork will look great in your home or office.

This painting depicts the ancient Chinese philosophy that even the mightiest general in the army is a loving father, husband and family man when he is home just like other men.

It is also suggested is that a man's responsibilities at home are as important as his obligations at work no matter his stature in society.

In the picture, a great and powerful general of perhaps the Shang Dynasty (17th - 11th century B.C.) has returned from all of his important professional military obligations and is home playing with his son which is just as important in one's life.

Not your typical "Sun Tzu Art of War" lesson.